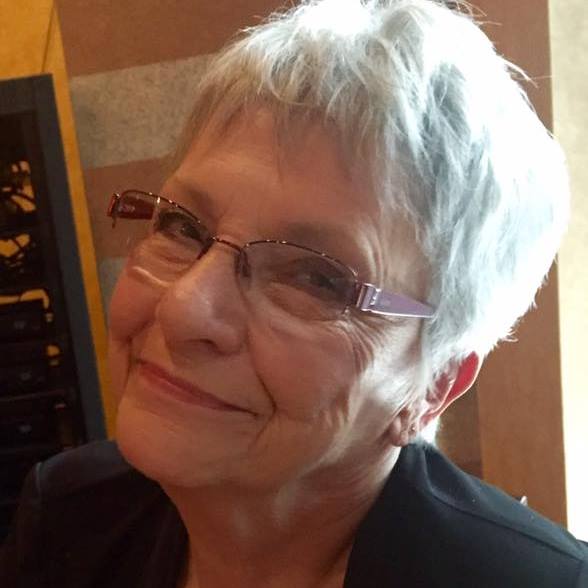 Rosemarie Henzler is a native Minnesotan and knew as a child she was being called to priesthood but put it out of her head because “it wasn’t possible.” She stayed involved and remained active in various ministries in every Catholic parish of which she was a member. After her husband died suddenly in 1984, she went back to school and received degrees from St. Catherine’s University in English and Theology and was hired by Twin Cities Public Television as a publicist and outreach coordinator developing educational programs for schools and communities. In 1992 she married a longtime friend, Bill Henzler. After two years of retirement in Florida, they returned to Minnesota and bought a home in Park Rapids where Rose was hired by St. Peter’s Catholic Church as its liturgy director. Bill died in 2004, and circumstances found her settling in St. Cloud, MN where she discovered Mary Magdalene, First Apostle womanpriest community. She says, “I believe the Holy Spirit led me there, although it be in a roundabout fashion, to the people and place where I could finally say ‘YES!’ to God’s call.” 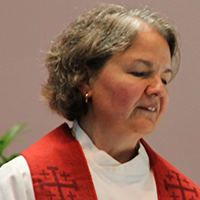 Mary is a registered nurse who has worked in psychiatry for 40 years.  Since becoming part of the womenpriest movement, Mary has supported the movement in a number of roles. In 2008 and 2009, she was a member of the Women’s Ordination Conference Board of Directors, which met in Washington D.C.. She served on the leadership circle for the RCWP Midwest Region. She was a participant on the ad hoc committee that was charged with the task of updating the RCWP Constitution, eventually chairing that group. She has mentored womenpriest candidates who are preparing for diaconal and priestly ordination. Currently, she serves as one of two pastors for Mary Magdalene, First Apostle, by presiding at Masses and giving appealing as well as erudite homilies.

Mary and her husband Marvin Smith have been married for 38 years and have three sons, a stepdaughter, and one grandchild.  The following eloquent statement, spoken at Mary’s ordination, speaks for itself:

I am Marvin Smith and I’m here to recommend that Mary Frances Smith be ordained as a Roman Catholic Woman Priest. After 33 years as Mary’s husband, I consider myself an expert witness on Mary-matters and the bearer of inside information. I, like all who know her, realize there’s something about Mary that just fits with becoming a priest.

So what are those qualities that recommend her? Clearly among them, are her compassion and reverence for life and her deep appreciation of people as unique individuals deserving care and consideration. Those qualities make her the outstanding and professional psychiatric nurse she is.

Another essential characteristic is a special quality, revered, and perhaps needed during these times more than ever. It’s motivated by a deep sense of justice and guided by honesty, selflessness, and steadfast commitment. It’s a willingness to do hard things. To quietly stand and advance a just cause when told to sit. To conscientiously speak and thoughtfully act in harmony with what one knows is right in the face of disapproval. It is strong character that can forge profound change by exposing and eradicating discrimination and injustice.

Mary’s pursuit of ordination has been demanding. From completing a Master’s Degree in Theology to proceeding through the diaconate and priestly discernment all while working full time to help finance her children’s college education—all hard things. Activities like serving on the Women’s Ordination Conference board to accepting facilitative roles on RCWP Committees are among the hardest things for her to do. Speaking before groups and traveling to distant cities may be easy for some, but not for Mary. Just sitting next to her through turbulence makes one convinced sedatives are a miracle drug.

Yes, her priestly journey has been hard, but from my expert viewpoint, it has been the most natural, genuine, and personally correct path she has ever walked. 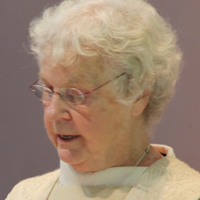 After attending Mary Smith’s ordination on August 16, 2009, Bernie initiated the formation of the group that would evolve into Mary Magdalene, First Apostle. She led them in organizing a series of Catholic Masses presided over by Mary, first in an apartment building in Sartell, then at St. John’s Episcopal in St. Cloud.

On January 27, 2011, Bernie announced to the group that she could no longer deny her own vocation to the priesthood, confessing a calling she had tried to reject because of her age. Throughout her life she had longed to be at the altar to celebrate the liturgy of the Eucharist.

“My parents were very devout people, who lived on a farm in southwestern Minnesota, about four miles from the nearest church, but we didn’t miss a Mass, and we went to a neighboring church if there was no Mass at our church, so it was quite an effort at times,” she said.

Bernie attended Good Counsel Academy, a high school in Mankato. After high school she attended one year at the College of St Benedict and then joined Maryknoll. She earned her B.A. degree from Maryknoll Teacher’s College in New York and was assigned to the Panama Canal Zone, where she stayed until leaving the order after five years.

While teaching in Redwood Falls, MN, she married Don Sykora. They moved to the St Cloud area where she earned a Master’s Degree from SCSU in the education of children with special needs. She taught Special Education in the St Cloud School District until retirement.

Bernie said the children taught her to formulate ideas in clear structure and to express them effectively. They helped her develop a caring heart and empathy for people. All of these lessons assisted in preparing her for the leadership role that seemed to be thrust upon her in the Community of Mary Magdalene, First Apostle.

Her family of four provided another classroom for learning compassion and unconditional love. Bernie also had the opportunity to be involved with a family in Zimbabwe. Through her and her friends and relatives, the children in the Ndlovu ( Elephant ) family were assisted in education and other necessities of life. She was able to visit the family on a couple of occasions. “They have been one of the biggest blessings in my life.”

During her active membership in the Church, she became aware of discrimination against women. The pain of exclusion of women in liturgical language became more and more intolerable. After much prayer and discernment she joined the Roman Catholic Womenpriests. She and all members of the Roman Catholic Womenpriest movement are trying to reform the church from within. They wish to do this by being ordained, changing to more inclusive language, and by adding a relational aspect to our liturgies—said simply, by “ordination, re-imaging, reshaping and restructuring.”

Bernie was married to Don Sykora for 49 years before his death, and together they raised four children. She has seven grandchildren and six great-grandchildren. Her offspring and most of her seven living siblings support her call to the priesthood.

““I feel that if all I ever, ever do is plant a seed, expose people to the view of a woman at the altar, then in a way that’s almost enough.”

““To accept each other with all of our differences might be the greatest sacrifice we are asked to give.”

“We believe there are laws that are unjust and they need to be broken because they are not in accordance with the teaching of equality and love that Jesus preached and died for.”

"My pain at having been kicked out of the priesthood has allowed me to glimpse the exclusion and discrimination that people of color, women, and gay people in our Church have experienced for centuries."

“Clericalism has expropriated the people’s collective participation in ministry, word, and sacrament. . . . Re-appropriation of the sacraments . . . arises from the community’s collective experience of its life in grace.
The basic assumption of clericalism is that the people have no direct access to the divine.”
Rosemary Radford Ruether in Sexism and God-talk