Women Ordained in the Early Church 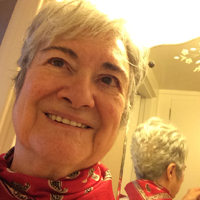 When Rossi was studying in Rome, she came upon an article in an Italian journal presenting evidence of women priests in the first Christian centuries.  Professor Giorgio Otranto, an authority on early Christianity, uncovered archaeological, artistic, and literary evidence of women’s leadership in the early church. When her colleagues refused to accept the evidence, Rossi decided to translate the work into English. The publicized contents in 1991 created great excitement.

In a tour around the U.S., Rossi and Otranto presented his findings. As a result of extensive publicity, the BBC interviewed Rossi to learn more about Otranto’s work, and Angela Tilby of the BBC made a documentary showing evidence of women priests.  The Hidden Tradition: Women’s Ministry in the Early Church.  The film aired in London three days before the Anglican Synod voted to admit women to ordination, a vote provoking “a joyous uproar from a crowded plaza.”

During his tour in the U.S., Otranto underwent a transformation of consciousness, influenced perhaps by the simultaneous coverage of Anita Hill’s testimony at the Clarence Thomas hearings. He learned about and became sympathetic to the movement for women’s equality in the church.

Evidence uncovered by Otranto centered on these points:

The Hidden Tradition: Women’s Ministry in the Early Church  presents further evidence and strategies used by patriarchal authorities to repress knowledge of women’s ordination in early centuries of the church. The dominant story is selective history written by those in power. 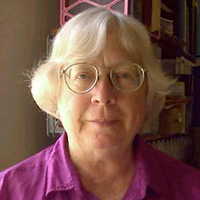 Another scholar who has unearthed evidence of women’s ordination in the early centuries is Dorothy Irvin, Catholic theologian and field archaeologist. Sponsored by Mary Magdalene, First Apostle, Dr. Irvin presented evidence of women in church ministry on October 9, 2010, at the St. Cloud Library.

Dorothy and Mary Ann are friends. Irvin says of Rossi, “She was one of the earliest to work on this topic.  Joan Morris was the first, and Mary Ann was some years later, with her translation of professor Otranto’s article and getting him to the U.S. for a lecture tour.”

The ordination of women is part of our Catholic history and theology, says Irvin. She has worked for over 30 years to find and identify archaeological documentation of women’s ministries, including ordained ministries, in the early church, and she reveals,

Whatever the art form of a particular period and culture, women appear as church officeholders in that art form. Whether it is tomb inscriptions, catacomb frescoes, mosaic floors, or even church architecture, women’s names and women’s faces are presented there as deacons, priests, or bishops. Although much of this material was found and published before 1900, it is still not well known today.

Beginning with archaeological evidence of women’s participation as leaders in Jewish worship, Irvin’s presentation shows women attested by their contemporary communities as ordained and ministering within the episcopal structure of the church, in fact, even as bishops themselves. The photographs she shows are authentic photographs, not artists’ reconstructions. Irvin states,

I agree with those who are concerned about the shortage of priests today, and I sympathize with those women who are frustrated in their desire to serve in an ordained capacity, but those are not my reasons for supporting the ordination of women. I support it because it is part of our Catholic history and theology, and is called for by the gospel as much as the ordination of men is.

One record of women officeholders in the early Church is a ninth century portrait in Rome honoring WOMEN LEADERS in the Church. Irvin explains:

Inscribed above Theodora is the word Episcopa, with the feminine ending, meaning a bishop who is a woman. Just as contemporary churches, cathedral offices and seminaries frequently display photographs of previous pastors, bishops and rectors; the mosaic at St. Praxedis reveals the succession of female pastors and bishops from Mary of Nazareth though Praxedis and Pudentiana to Theodora. Like her predecessor, St. Praxedis 700 years earlier, Theodora wears an episcopal cross attesting to her service as bishop of the titular church of St. Praxedis.

Irvin received a pontifical doctorate in theology after 9 years of study in the Near East and at Tübingen University in Germany, with specialization in Old Testament, archaeology, and the Ancient Near East. She has taught at several American universities, including the University of Detroit and Saint Catherine University in Saint Paul, Minnesota.

Her publishing credits are many:

Since 1987 she has been on the staff of the Madaba Plains Project, which excavates in Jordan. There she specializes in linking ancient spinning and weaving tools to the handicrafts of tent-dwelling women today, whom she interviews.

Dr. Irvin is available for illustrated lectures on women in the Bible and early church. Injustice depends on ignorance. Let’s counter injustice in the Church by spreading truthful information.

For more of Irvin’s information: Women Ordained in the Early Church

“The testimony of women priests represents a paradigm shift—a transformation of the imagination. It demands an intellectual conversion that allows the student to see “old data” in a completely new perspective.”

““Theodora wears an episcopal cross attesting to her service as bishop.”

““Pope Francis recognizes the illness of clerical culture. Would that he could see the obvious solution for the kind of ministry he desires—ordain women!”

“. . . the archaeological evidence shows women as receiving ordination and exercising ministry on a par with men, . . .”


“The blindness of historiographers to any suggestion that a woman was officiating at the altar leads us to suspect that certain “blinders” must be screening the clues and texts.”